I am catching up with myself, after a busy January. New Year's Eve I moved workshop. One Month later I can now say I'm starting to get settled. I am currently working on a commission for a client, and also planning/preparing for many many exhibitions this year. Some new some old. To name but a few: Stone Lane Gardens, Chagford; Delamore Arts, Cornwood; Cotswolds sculpture park, Cotwolds; 'Contempory Passions' - Harbour House Kingsbridge; Devon Open Studios! I think there will be some more too, later in the year.

Here are some sculptures I made at the end of December 2020 before I moved.

I was commissioned to make an egret, in this case I made a little egret, as I was taken by their stylish tufted head, and their wispy breast/neck feathers. It could quite easily be mistaken for a heron, as after my study I discovered their is very little to distinguish the two apart from their size and colour.
The neck was a challenge for me, as I used straight pipe! I cut it and reshaped it and worked it to become smooth. I have seen them fairly often down in Wonwell Estuary, and occasionally higher up the river erme. Devon, South Hams.
There is a video of the kingfisher is below, if you click on the link it will take you to my YouTube channel, where you will be able to see it 360 degrees. If you would like to know prices for commissioning these, then get in touch. 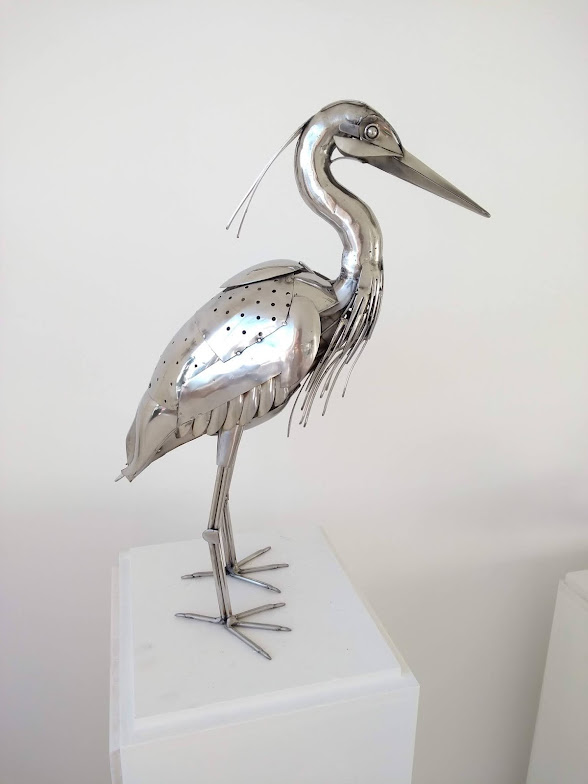 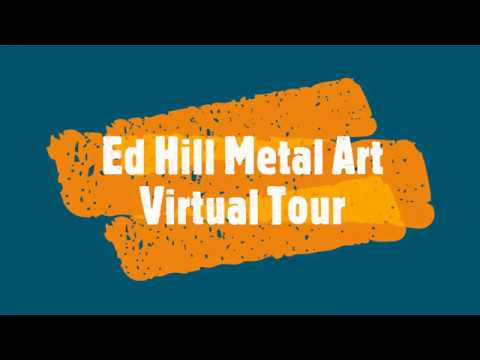 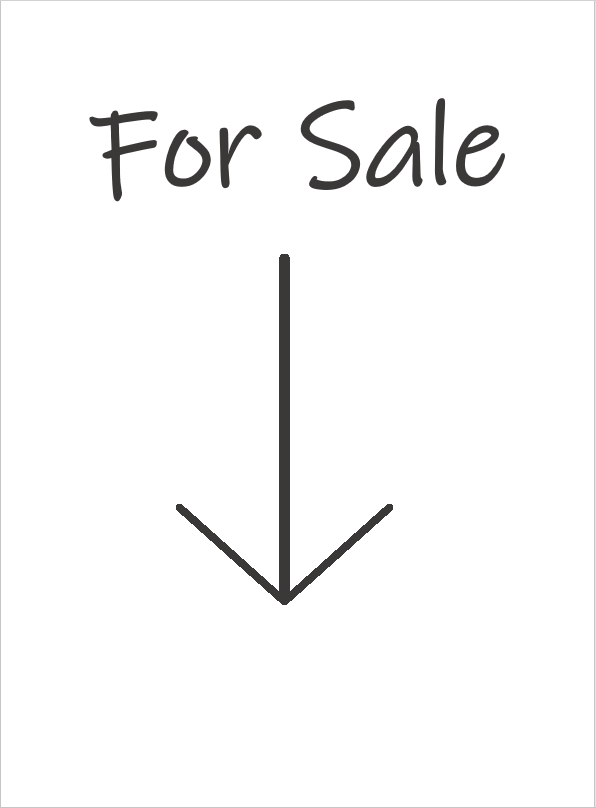 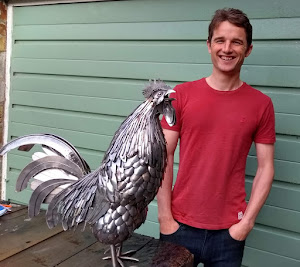 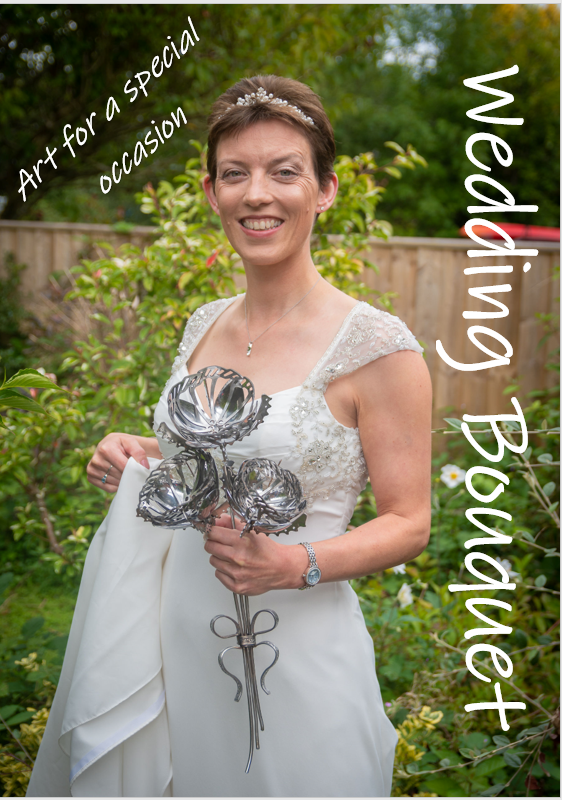 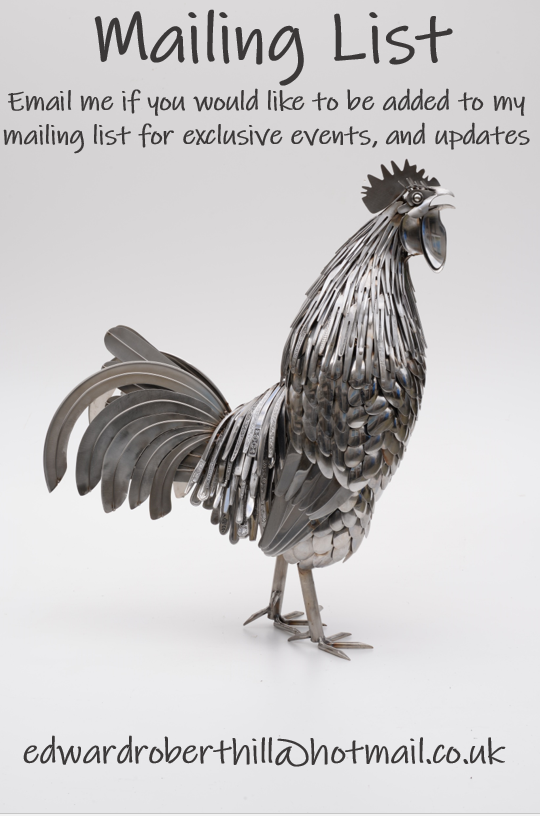 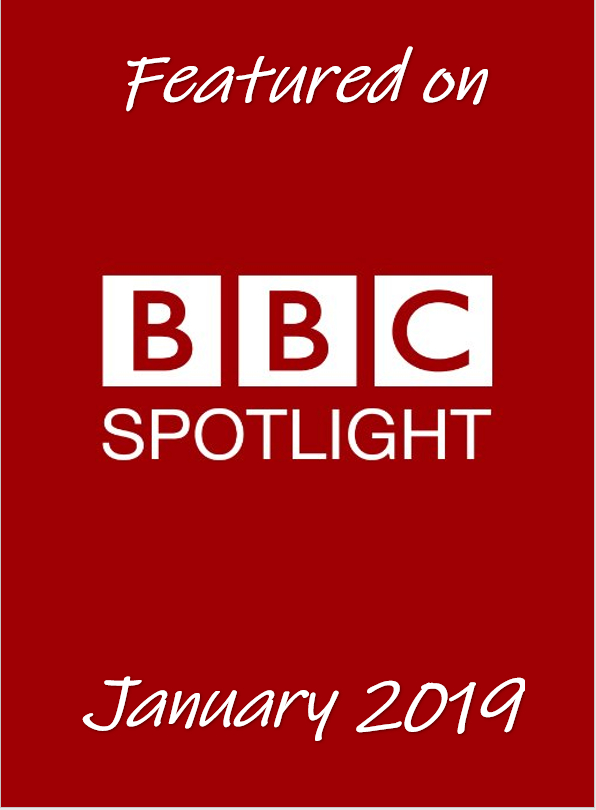 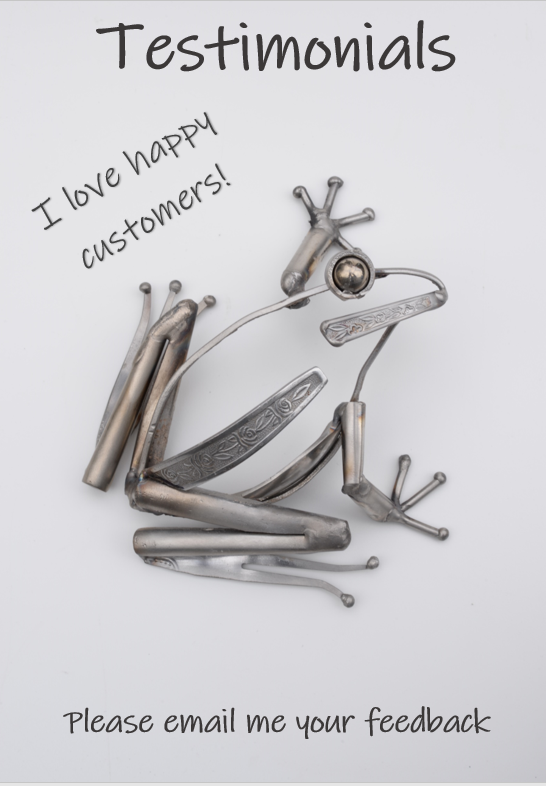 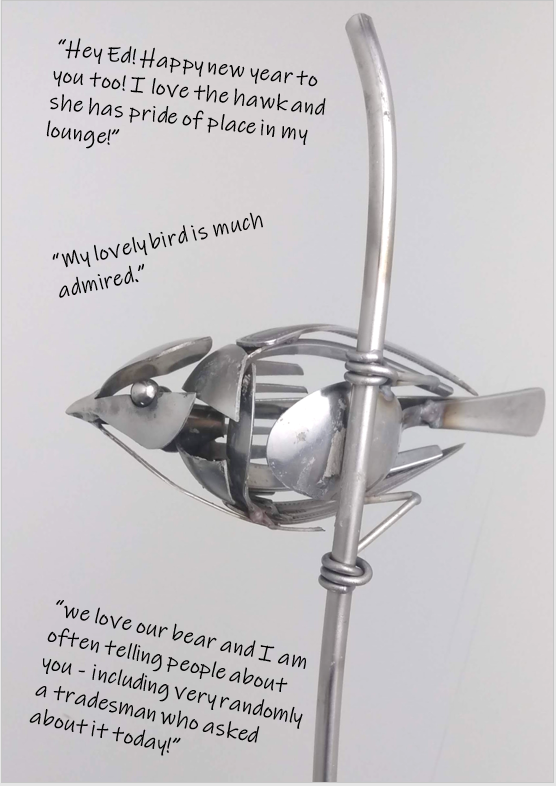 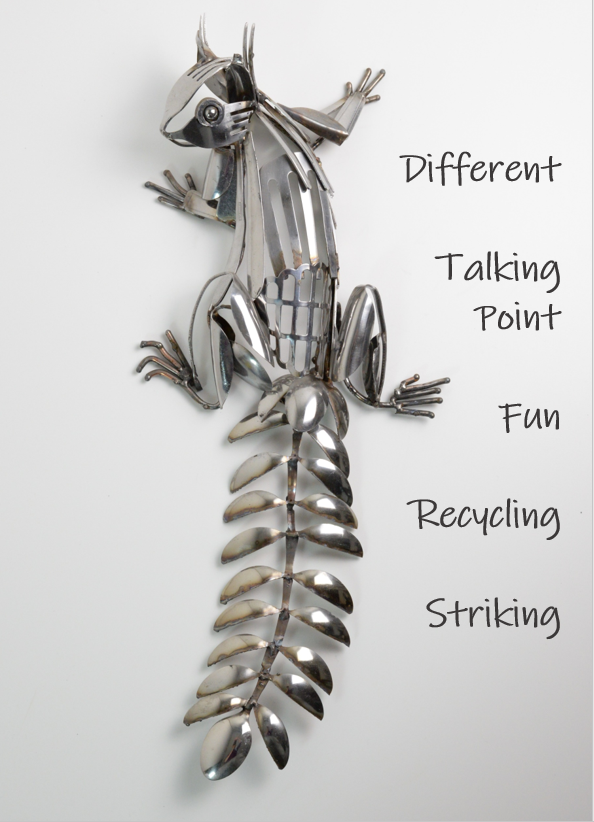 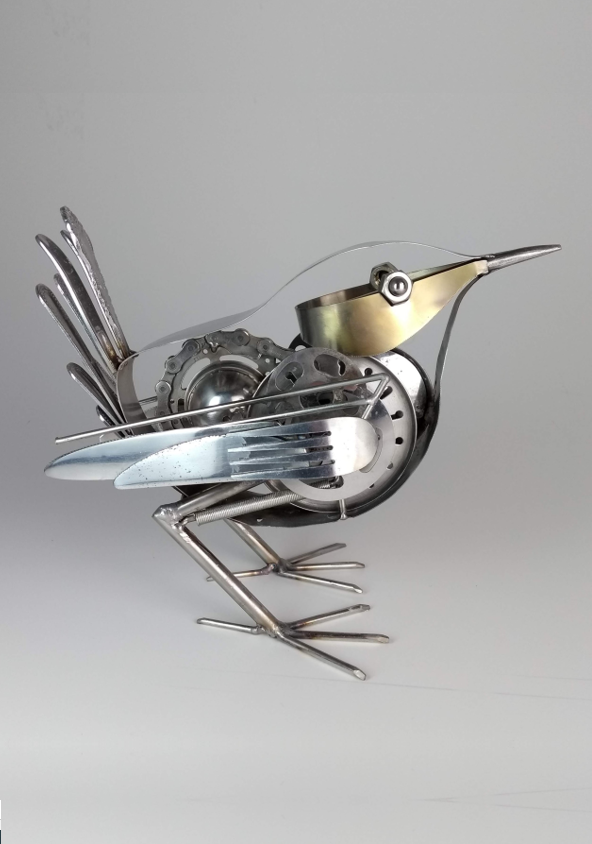 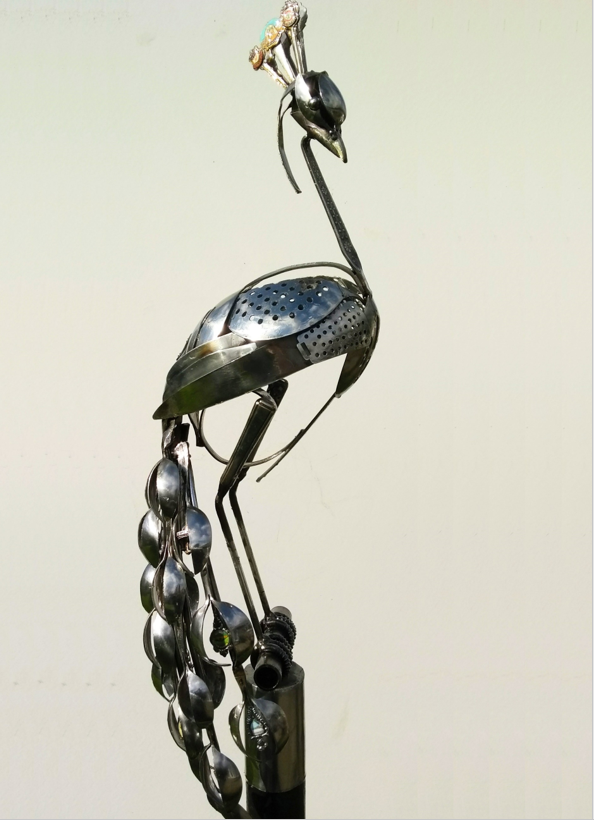 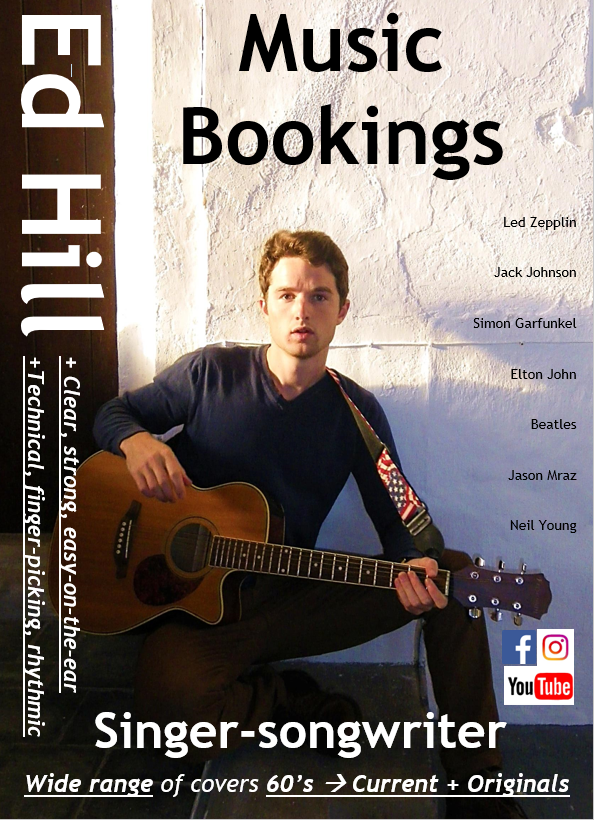